What is the working principle of varistor

Varistor. Varistor (VSR) is the abbreviation of Voltage Sensitive Resistor, which is a new type of overvoltage protection element. The varistor is a metal-oxide-semiconductor ceramic component made of zinc oxide as the main material. The core material of the varistor is zinc oxide, and zinc oxide includes zinc oxide grains and grain boundaries around the grains. The resistivity of the zinc oxide grains is very low, while the resistivity of the grain boundary layer is very high. A potential barrier equivalent to a Zener diode is formed between the two contacting grains, which becomes a varistor unit. Connect in series and in parallel to form a varistor base. When the varistor is working, each varistor unit bears the surge energy, and these varistor units are generally evenly distributed in the entire resistor body, that is, the entire resistor body bears the energy, unlike the uniform Like the zener diode, only the junction area bears the electrical power, which is why the ceramic varistor has a much larger current and energy rating than the zener diode. Its resistance value varies with the terminal voltage. The main features of the varistor are the wide operating voltage range (6-3000 volts, divided into several gears), fast response to overvoltage pulses (several to tens of nanoseconds), and strong resistance to impulse current (up to 100 ampere- 20 kA), small leakage current (less than a few to tens of microamps), small temperature coefficient of resistance, high performance and low price, and small size, it is an ideal protection component. It can form an overvoltage protection circuit, a noise elimination circuit, a spark elimination circuit, and an absorption circuit.

The structure of the varistor is like two zener tubes connected back to back with the same characteristics, and its properties are basically the same. The main characteristic of the varistor is that when the voltage applied at both ends is within the nominal rated value, its resistance value is almost infinite, and it is in a high resistance state, and its leakage current is <50 microamperes. When the voltage across it slightly exceeds When the rated voltage is applied, its resistance value drops sharply, and it is immediately turned on, the operating current increases by several orders of magnitude, and the response time is only in nanoseconds. The varistor is commonly known as "chopper" and "limiter" in foreign countries, which is named from its actual function.
Prev：How to distinguish between varistor and varistor
Next：What is a Varistor?
[Back] 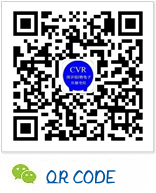